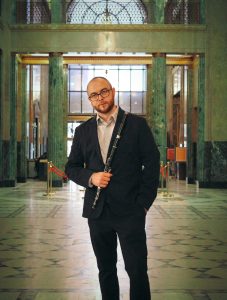 Master uilleann piper and flute player, Seán Gavin, is one of the most highly regarded Irish musicians of his generation. He is the first and only musician born outside Ireland to win the prestigious Seán Ó Riada Gold Medal.  His most recent recording, Music from the Lost Continent, with fiddler Jesse Smith, accompanist John Blake, and bodhran player Johnny “Ringo” McDonagh, was hailed by The Irish Echo as “traditional music at its best!”

Seán tours regularly with the groups Bua and Téada, both of which have gleaned top praise from Irish music critics.  Seán was Musical Director for the PBS program “I Am Ireland”, and for the long running Atlantic Steps. He has lectured on traditional music at the University of Chicago, St. Andrew’s in Scotland, Western Michigan University, and others.  www.seangavinmusic.com

FROM SHORE TO SHORE is an exciting new project from the mind of Seán Gavin. Join him as he embarks on musical journeys throughout the United States, performing concerts and lectures with interesting musicians all over the country. The aim of the project is to connect with others involved in preserving traditional music, and to bring their stories and music to a wider audience. The first tour was in the Northeast with accordion wizard, Colm Gannon. The second was the South with fiddle legend, James Kelly. Next up is February 2023 on the West Coast with the phenomenal  master of the button box, Johnny B Connolly.  Check the schedule to see if you’re near a stop along the way, “From Shore to Shore!”