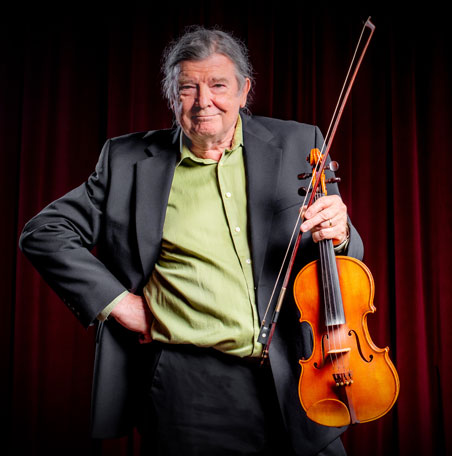 SLIGO MADE, the latest CD, now available on Loftus Music.

And a long awaited tune book, THE SOLO ALBUMS 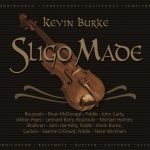 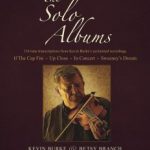 “Lyric, fluid and precisely as tricky as he needs to be…probably the greatest Irish fiddler living.” The Village Voice

From early days with The Bothy Band to his celebrated solo performances, Kevin Burke is considered one of Irish music’s luminaries. The recipient of a National Heritage Fellowship from the NEA in the US, and in Ireland the prestigious Gradam Ceoil award, he is acknowledged as a master of the tradition. Although Kevin has spent much of his life playing in a group context, he has never lost his love for solo fiddle music – the “naked fiddle” as he sometimes puts it.

A native of London, Kevin inherited his love of Irish music from his parents who emigrated from County Sligo, Ireland. Burke’s music career began in 1974 with a move to Ireland and joining seminal Irish group The Bothy Band. Since then, he has formed the renowned bands Celtic Fiddle Festival, Patrick Street, and Open House, and worked with many great artists including Arlo Guthrie, Kate Bush, Tim O’Brien, Christy Moore, Dervish, and Lunasa. His highly ornamented Sligo style of fiddling is beloved in all corners of the globe.

In concert, Kevin’s own patter brings his audiences closer to him, to the tunes, and to the musicians and places he evokes.” As Burke said, “I think it helps to give listeners a bit of context to hang their hat on. I try to make it light-hearted but informative, almost like education by stealth. And I think it’s nice for people to understand that I’m really just a link in the chain.”

His latest recording, Sligo Made, launched at The Fiddler of Dooney in October 2019, is a return to his roots both musically and geographically. Recorded in a studio overlooking Innisfree,these tunes learned from the legends of traditional music, performed by the legends of today, are another strong link in the chain.

Reviews & Remarks
“Sligo Made is a lovely album and a must have for Burke’s fans. The music is well-heeled, played with extraordinary nuance, and gets to the spirit of the Sligo fiddle tradition … There’s a special swagger and depth in this music that is immediately engaging.”  Daniel Neely / The Irish Echo

“A lyrical player of emotional electricity.” The Washington Post

“Burke imparts a rhythmic intensity that is remarkably powerful…a superior instrumentalist in any idiom…impressively virtuosic.”   The New York Times