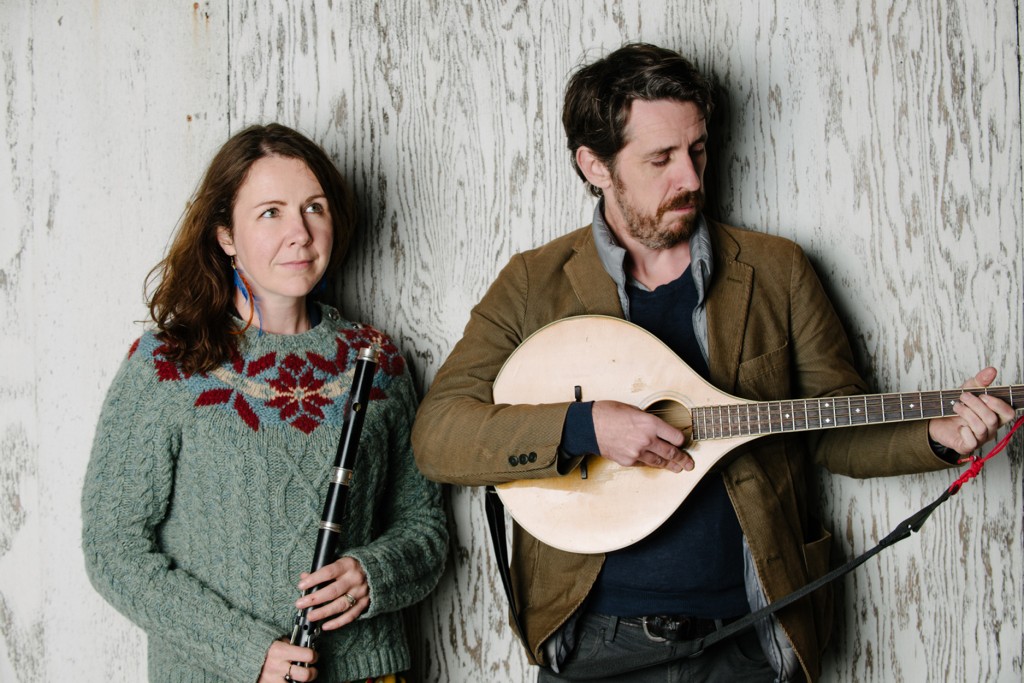 Long time friends and musical collaborators, Nuala Kennedy and Eamon O’ Leary have toured together widely, both in duo and as part of The Alt, alongside celebrated Irish guitarist John Doyle. Both are internationally recognized members of the traditional music community, noted for their instrumental skills and diverse repertoire of traditional and contemporary song. Both are songwriters, who love and research traditional Irish/Scottish songs. With an engaging stage presence and understated virtuosity, they present a timeless selection of songs and instrumentals. Nuala and Eamon offer a memorable concert experience, as their songs range from the ancient Irish tradition to reflections on the present day.

Nuala – flutes, whistles, vocals www.nualakennedy.com
Traditional singer, flute player, songwriter and session musician Nuala Kennedy grew up playing music in Dundalk, Ireland and later moved to Edinburgh, Scotland. The combination of the best of two cultures, Scotland and Ireland, is what has made Nuala the artist she is today. She has toured and recorded with diverse artists including experimental folk composer Oliver Schroer (nominated for Canada’s National East Coast Music Award) and Kentucky’s Will Oldham (an album which received 5 stars in Mojo Magazine).Nuala released her third solo record ‘Noble Stranger’ (Compass Records) in 2012 to critical acclaim. The Nuala Kennedy Band was nominated in the 2013 BBC Alba Scottish Traditional Folk Awards.

She is not only an exceptional interpreter of the tradition; her own music glistens with freshness. The Irish Times

Eamon – guitar, bouzouki, vocals
Originally from Dublin, Eamon has lived in New York City for the last twenty years, touring extensively throughout North America and Europe.  Recent work includes a recording of traditional songs, The Murphy Beds, with Jefferson Hamer. He has also teamed up with old friends John Doyle and Nuala Kennedy to form The Alt, with a self-titled debut album released in November 2014. Eamon is a highly respected accompanist, a beautifully talented singer-songwriter and interpreter of traditional Irish song.  Eamon’s songwriting can be heard on the albums ‘All Souls’ and ‘Old Clump’.